IR35: What it is, and how it affects the recruitment industry

The recent changes to IR35 legislation a few years ago for the public sector has raised many issues and concerns which have impacted the recruitment industry.

As a result of these actions, trade associations across the UK have lobbied the government, believing the changes to IR35 to be ineffective and dangerous to varying industries. In response, the government has claimed that the changes surrounding IR35 are successful, and are now seeking to extend these changes to the private sector in April 2020.

This is of concern to the recruitment industry, in particular, likely resulting in increased risk, need for education, and overall confusion over what constitutes an employee versus a contractor.

Recruiters are similarly concerned that any changes to the legislation for contractors in the private sector will result in even more contractors changing their working status. Should more opt to become employees, fewer freelance contractors will be available – a concerning possibility in an industry already struggling to adjust to widespread talent shortages.

Introduced in 2000, IR35 was created to address the problem of workers paying less tax to the HMRC by being categorised as contractors and not employees. The potential tax savings are considerable; as much as half an annual salary can be deducted as income tax for an employee, but far less is taken for a worker who is hired as a contractor and not given an employment contract.

The key is, of course, in the details. Contractors working via limited companies are not deemed employees, providing significant tax savings for both hirer (that avoids paying Employer's NIC) and the contractor (that pays less PAYE and NIC).

In some instances, contractors have used this distinction to pay less tax. A key distinction in how to categorise a worker is whether the hirer or the worker has decided the hours and terms of their contract, in addition to other factors such as place of work and ownership and use of equipment required to work.

The answer from the government to this problem was IR35, allowing workers to be tested by its rules to prove whether they are independent and can move from placement to placement as a contractor, or whether they perform a single job as an employee.

A key consequence of the introduction of the IR35 legislation in 2017 is that of responsibility.

After IR35 was introduced, it became the responsibility in the public sector of either a recruitment agency, third party employer or public authority – not the government – to assess whether a worker is a contractor or employee.

The implication of this change was that it became the employer's responsibility for deducting and paying the relevant PAYE and NIC should the contractor be deemed as an employee than a freelancer by the HMRC.  To ensure that organisations did not end up with a tax bill by the HMRC when it assessed the status of a worker, hirers and recruiters now have to determine if a worker was 'inside' IR35 or 'outside' IR35.

So, under what rules is a contractor an employee or a freelancer?

According to IR35, a contractor is in effect an employee – and subject to PAYE and NIC – if:

Conversely, they are considered a freelancer if:

Effect on Contractors and the Industry

IR35 caused concern amongst many hirers upon its introduction. Existing arrangements with contractors would now require review, with many finding their present arrangements to not be complying with HMRC and the new distinctions and requirements.

Unsurprisingly, this impacted the recruitment industry significantly, adding a fresh source of risk and expense to daily operations – and affecting the availability of freelance workers.

This concern was made worse by the perceived inadequacy of the HMRC assessment tool made available for hirers to determine whether a worker fell inside or outside IR35.

The industry adjusted to this challenge by requiring that some workers avoided tax issues by paying their PAYE and NIC deductions becoming an employee of the hirer or working through an umbrella company.

A further source of new risk for recruitment agencies came in the form of tax investigations, as these usually incur significant cost on the agency in question.

Not ideal for either recruitment agencies or the public sector. After IR35 (public sector), fewer contractors were available to fill future roles and increased costs and heightened risk were passed on to hirers, recruiters and contractors.

It is the opinion of many within the recruitment industry in particular that IR35 (public sector) has not worked and that too many workers have found incorrectly according to some to be within IR35, being forced to pay PAYE and NIC as a result.

It is believed that the same will happen with the private sector if the government, after their consultations, extend these tax legislation changes to this sector with fewer contractors available for hire.

Recruiters must now prepare for this new source of risk and expense. The proposed IR35 changes to the private sector are likely to impact the availability of skilled candidates – a potentially severe issue in certain industries such as cybersecurity, which is already facing talent shortages.

Contractors must likewise be ready, with the key question in 2019 being the decision between an umbrella or limited company.

The former means that the umbrella company cares for the contractor's paperwork, whereas a limited company offers the benefits of the Flat Rate VAT Scheme and the ability to claim expenses on travel, subsistence, accommodation and more.

It is likely that lobbying against these proposed IR35 changes will continue. It is worth noting, however, that previous lobbying upon the introduction of IR35 within the public sector did relatively little to halt or adjust its implementation.

The prudent move, therefore, is for recruiters and contractors both to prepare in advance of April 2020 and for both to consider the relevant IR35 indemnity or legal expenses insurance policies that are available. 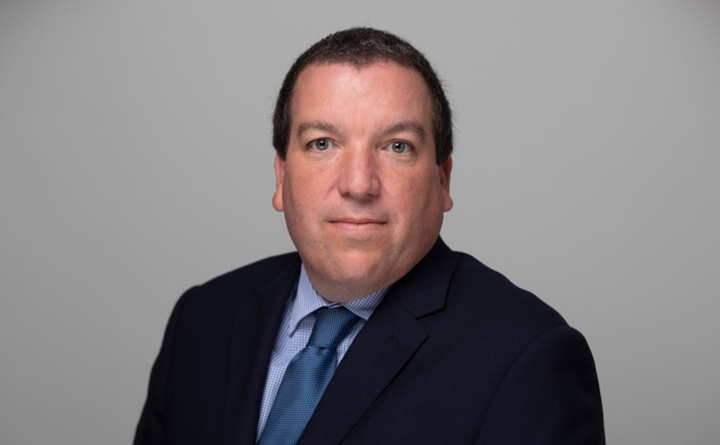